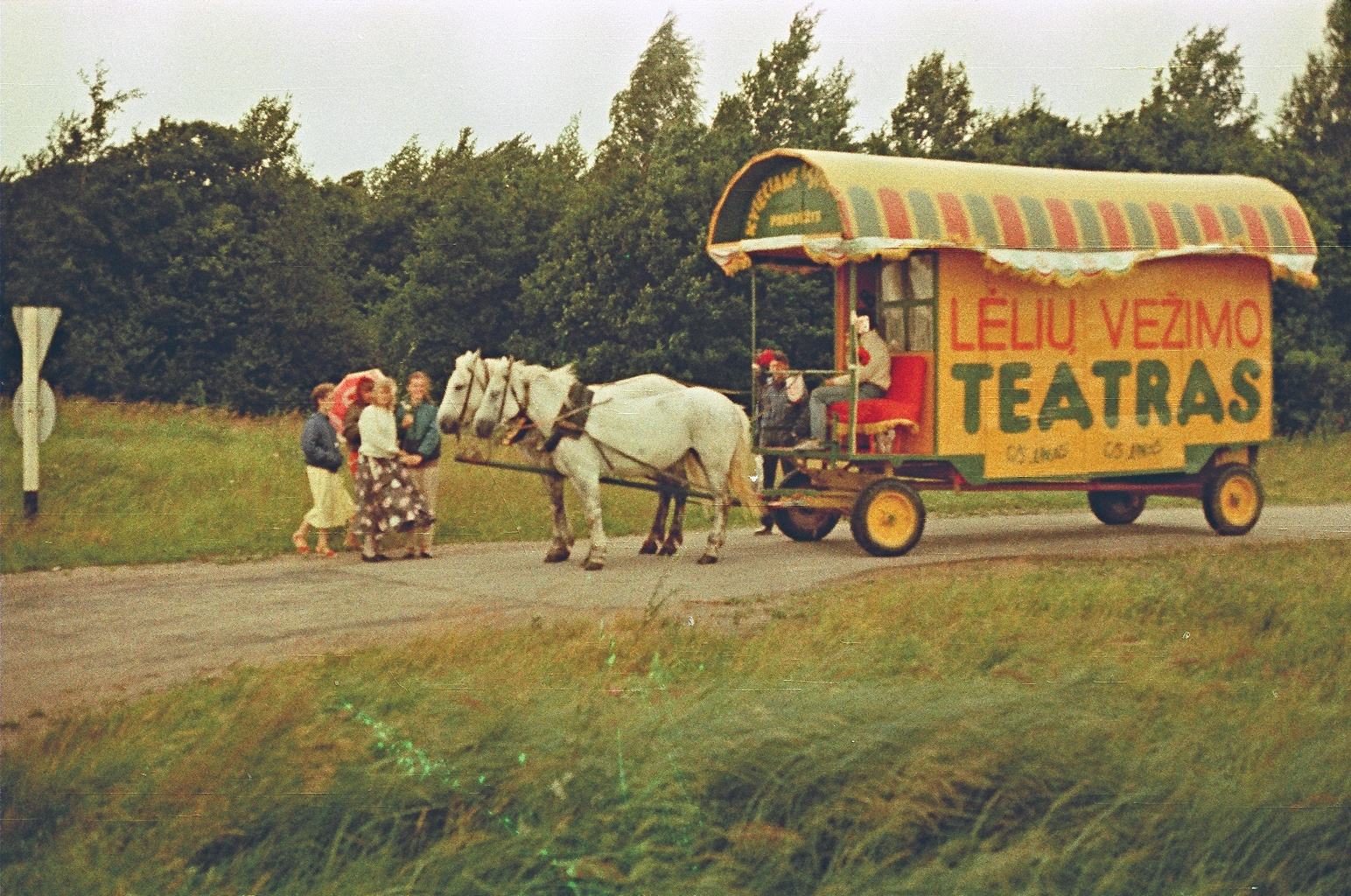 Panevezys Puppet Wagon Theater was established in 1986. The carts pulled by horses travel in Lithuania, they stop in most remote villages, towns and give performances. Every year, another route is chosen in different regions of Lithuania. This type of traveling Puppet Theater - the only one in Europe.

During the more than thirty years of wandering in the villages there was a bit of everything. Despite pouring rain, hot sun, or cold, carriage rides along to visit the most remote locations. Each day is a surprise because you do not know what to expect. Where it stops horse-drawn carriage becomes a stage in a day time and kitchen and bedroom in evening. It is a tough journey for horses, travelers have to take care of them: fed them, let them graze, scare of attacking lures.

But not only horses have to face hard challenges, it is difficult for the traveling group of people as well. During the journey they have to forget some of the pleasures of civilization. They have to sleep in tents or look for shelter, cook food over a campfire, to live without hot water in a debilitating long journey along winding paths. However, all this is made for a noble purpose. To bring a light and beauty to people which are incapable to reach it themselves. 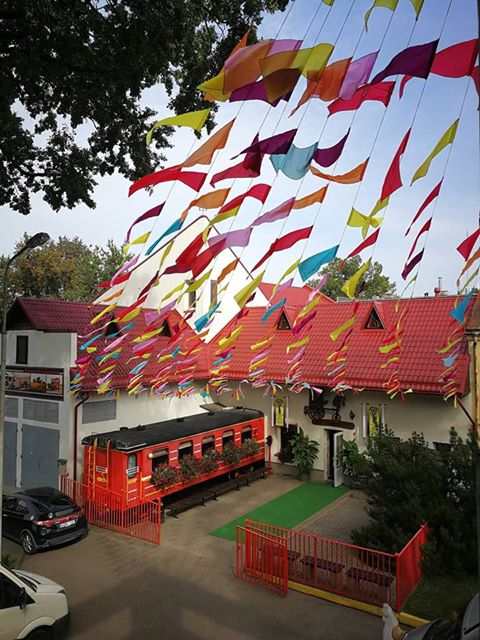 In its season the active group of the theater prepares three premieres, performs 200 shows which are attended by 40 000 spectators. The repertoire boasts the writings of H. K. Andersen, Ch. Perrault, the plays of local authors E. Matulaite, E. Mezginaite, J. Kazakaitis and national authors V. Zilinskaite, S. Geda, R. Zilevicius, K. Kubilinskas. Outstanding stages managers and artists are invited to make the performances. Each meeting with a famous personality is a kind of a higher school for the artists and other staff. Young composers P. Kricena, L. Balciunas have debuted with their music pieces in this theatre. The theatre is the organizer of traditional international festivals LAGAMINAS (THE SUITCASE) and LĖLĖ GATVĖJE (THE PUPPET OUTSIDE).

The Puppet Wagon Theatre represented Lithuanian theatre culture in Denmark, Estonia, Russia, Poland, the Netherlands, Germany, and Sweden and was awarded noble prizes. The Stage Manager A. Markuckis received national and foreign appreciations- the World Prize of H.K. Andersen and the Prize of B. Dauguvietis. The theatre has ambitions to become the oasis of the good and the beauty for the children and the adults. As the Stage Manager A. Markuckis says: „Everything what comes from the good and the beauty remains the good, and the one who creates the good becomes good." That is the credo of our theatre.